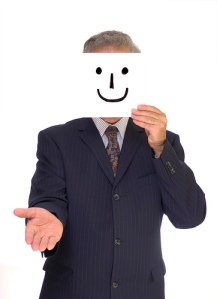 We’ve all had the experience of listening to someone in a position of power rail against the moral ineptitude of others. Turn on the news on any given day and you’re likely to see someone moralizing about family values, for example.  Most of us listen to these diatribes and wonder if those doing the judging would fare well under judgment—though we strongly suspect they would not.

A new study that will be published in a forthcoming issue of Psychological Science confirms our suspicions. Researchers investigated whether people in positions of power that hold high standards for others actually live up to those standards themselves. To do so, they set up a power simulation in which two groups of people were assigned roles of ‘high-power’ or ‘low-power’ (specifically, the roles of prime minister or civil servant).  Participants were then presented with a litany of moral dilemmas related to breaking traffic laws, reporting taxes, returning stolen property, and over-reporting travel expenses, among others.

Five experiments followed in which researchers examined the impact of power on the moral hypocrisy of the participants. They found a consistent and alarming outcome:  those assigned to the ‘high-power’ group repeatedly condemned moral failures of others while committing unethical acts themselves. In one experiment, high-power participants were asked for their positions on cheating and over-reporting travel expenses, both of which they flatly condemned.  They and the low-power group were then asked to play a dice game alone, in a private cubicle, to win lottery tickets. The powerful reported significantly higher lottery winnings than the low-power group, even though both groups had the same odds of winning.

Researchers also examined the degree to which the powerful accept their transgressions versus those committed by others. Across the board, they found that people in the high-power group strongly condemned such things as cheating, under-reporting taxes and keeping stolen property, while finding ways to rationalize committing the same actions themselves.

Perhaps the most interesting part of this study addressed whether the nature of power affected the level of hypocrisy. When participants in high-power roles were separated into those with legitimate power versus those with ‘shaky’ power (in other words, a level of power the individual did not believe he or she merited), researchers found that the legitimate power group consistently displayed more hypocrisy. People in the shaky power group, in contrast, were actually harder on themselves, in a way similar to those in the low-power group. Researchers labeled this outcome “hypercrisy.”

One caveat to this study that I’d add is that there may be a bit of preconceived role fulfillment going on. When the participants were assigned to the prime minister and civil servant groups, I wonder to what extent they simply filled the roles versus filling them with an assumption of what someone in the position would do. Of course, there’s a sense in which the more they were influenced by the titles, the better. But if the participants started out with preconceptions that prime ministers are hypocrites and civil servants are more honest, that would be a problem because then they’d tend to act out their preconceptions.

That being said, the study produced interesting results that provide yet more reasons to be skeptical of those in power with a taste for moralizing.

Filed under About Morality, About Research

6 responses to “Power Makes the Hypocrite Bolder and Smugger”