1. Learn how to enter and exit the daily vortex (it will swallow you if you don’t)

2. Don’t give people the power to direct your life (because if you do, they will)

3. Beware those with an inflated sense of self (they’re always trying to expand their pyramid scheme)

4. Become a negotiator (it’s not a business term, it’s a life term)

6. Be tenacious (if you think you’re persistent enough, you probably aren’t)

7. Learn how to resolve into strategy (problem-solving must eventually rise to the top of consciousness even during the hardest times)

9. Don’t become a sycophant, and don’t abide those who are

10. Don’t let a pursuit of your “purpose” short-circuit your passion (purpose isn’t verifiable, passion is)

11. Use mediocrity to find your edge (even doing poorly at something can be useful)

12. Know what you want (or at least try hard to figure it out)

13. Beware the mystification of entitlement (it’s a delusion that distorts reason)

14. Learn to enjoy competition (the race and the win)

16. Beware the myth of predestination (and those who believe it)

17. Learn to use escapism, but don’t get lost in it

18. Learn to love culture, but don’t get drunk on it

19. Learn to appreciate business, but don’t deify it

20. Learn to manage expectations (yours and others’)

END_OF_DOCUMENT_TOKEN_TO_BE_REPLACED

Filed under About Perception, Books and Ideas, Noggin Raisers

I’ve been guest blogging at Neuroworld for the past week (hence the slight slowdown here…regular programming will resume soon). This set of Noggin Raisers is pulling double duty at both sites, so if you didn’t already see them there, you can catch them here.

If I had a hammer — I’d give it to a woman…because according to a new study, women are better at hammering nails than men.  At night.  Good to know.

Born to be wild — a study reconfirms what James Dean’s life already proved…teens who think they will die young are more likely to engage in risky behavior.

A memory is born! — for the first time, researchers have captured an image of a memory being made. This is cool.

Went right to my head — when it comes to booze, that’s truer than we think…six minutes and it’s there.

Now you see it, now you don’t — or maybe you do? Find out why we’re so bad at noticing changes in even familiar scenes.

Second guessing yourself could help you get better test grades — that’s what a new study suggests; the trick is to rethink your first choice from a different perspective and then find a happy medium between the choices. Full write up at the BPS Research Digest.

Battle of the geriatric brains — a new study claims that U.S. seniors are “smarter” than their English counterparts.  But do they drive any faster during rush hour? (sorry, bad joke)

A sucker goes bald every minute — the new “baldness calculator” is just another advertising mind screw.

Big Pharma’s latest sales ploy— you guessed it, fMRI. Neuroscientist Robert Burton lifts the lid on the scheme over at Salon.

Low Seratonin = lousy mommy— mice with low S make horrible mommies, and a new study suggests that it’s the same for human moms. The answer – drugs that target the problem in the brain more precisely than Prozac, et al.

Is being bilingual always better? — nope, not always. Go watch the short movie at this link and find out why.

Endowment, my favorite sin— ever try on a pair of jeans in a dressing room and like them so much that you feel like you already own them?   Jonah Lehrer tells you why at the link above.

Your brain sees tools as an extension of your body —  that’s not a novel idea by any stretch, but a new study has produced convincing evidence that it may in fact be true.

How animals evolved to count — you probably knew that Arabian horses and Golden Retrievers can count, but how about salamanders and honey bees? Yes, indeed — but how (and, um, why)?

Grab a smoke and damage your brain — that’s what a new study is claiming; both puffing and chewing are suspects 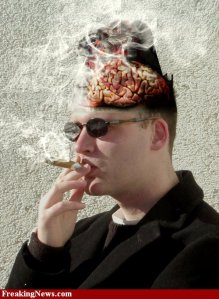 for nerve cell damage in your noggin.

If you want me to listen, talk to my right ear — why? because the left hemisphere of the brain is better at deciphering verbal communication, and a new study claims to link this advantage to right-ear hearing. Plus, you’ll be able to bum more cigarettes to damage your brain! (read the article and you’ll get that one.)

NeuroWhoa explores research on the link between religious thinking and end-of-life medical treatment — does religious belief really amp up the desire for more intense treatment?

The voodoo strikes back! Neuroskeptic discusses a bit of vernacular push-back on the research paper that coined the term “voodoo neuroscience” here

So, exactly what are female hormones doing in semen?  Jena Pincott explains with trademark wit

The latest issue of Philosophy Now tackles the topic of robot consciousness, leading off with this intertesting piece

And finally, this Wired Science post discusses the anti-smoking drug that may soon be making its debut as an antidepressant.

Excellent article by David Dobbs on the overdiagnosis of Post Traumatic Stress Disorder at Scientific American, and the author provides links to sources and supplemental materials here at his blog, Neuron Culture

There’s “psych” in semen, oh yes there is, and Jena Pincott describes its hypnotic ingredients on her blog

Dr. Feelgood has a wild side; Neuroskeptic gives us the “rest of the story” about Serotonin here

When I’m looking for new mind and consciousness books, I go to My Mind on Books; I always find titles there I didn’t know existed – great resource

The future of science journalism is a topic on the rise, and Carl Zimmer at The Loom does it justice in this post

I happened upon a new neuroscience site recently and glad that I did: Very Evolved is one to watch

Dr. Shock tells us about the neuroscience of interpersonal space here – what a terrific, undervalued topic

The two cultures — will they ever get along? Rationally Speaking discusses a recent article that shows signs of a truce in the making (um…maybe)

Groupism? Teamism? What the F-ism is going on? Wander over to The Situationist to read about a recent study on these burgeoning biases

This is philosophy, and this is how to do it — so writes lecturer Wayne Buck in an intriguing letter to his class, published in Philosophy Now

And finally, Respectful Insolence takes The Huffington Post to the woodshed on its anti-vaccine lunacy, here 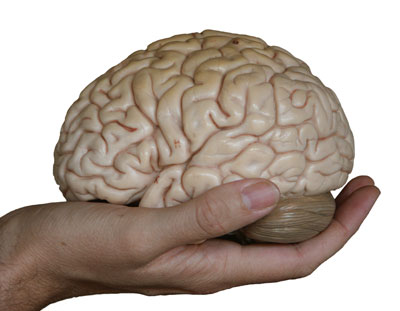 Is religion the “Xanax of the people”?  Neurocritic evaluates a study that suggests it just might be, with a few important caveats.

Very solid analysis of the “is Facebook rotting our kids’ brains” controversy here at Neuroanthropology.

Breaking up is hard to do…or is it?  Jena Pincott reports that it’s not as hard as we think.

Neuroskeptic takes on research on the placebo effect and antidepressants.

Cognitive Daily asks “how distractible are you?” and gives us the scoop on working memory capacity.

The invisibility cloak of Harry Potter fame close to becoming reality?  Machines Like Us reports that it just might be.

Channel N Videos has up an intriguing video on gender and the brain.

Carl Zimmer at The Loom ignited a mutli-post discussion starting here on why fact checking is so important, but sadly lacking in major newspapers.

If you’ve wondered which antidepressants work the best, check out Neuroskeptic’s analysis of a recent paper published in the Lancet.

Your boss puts on a good show of confidence, but is he or she faking it?  Time discusses recent research that suggests possibly so.

Is she really into you…or everyone?  Jena Pincott gives us the scoop here.

You are not your brain argues philosopher Alva Noe in a new book discussed here in My Mind on Books.

Rationally Speaking discusses whether the ‘end of solitude’ is a real cultural phenomena, or just the latest technoskeptic bunk.

Taking us on a joy ride to post-humanity, Science Not Fiction chats here about the graphic novel Transhuman, that’s more than just a thick comic book.

Turns out that the Neanderthal genome may have secrets to reveal about us, according to Wired Science in this post.

Stanford University just put up a selection of 10-minute lectures on YouTube called The Future of Human Health that are worth checking out.

Looking for a topic on a psychology site but need some help finding it?  Check out PsychSplash.

Deaf signers actually feel words on the tips of their fingers, as discussed in this PsyBlog post.

Diet soda can’t trick your body into accepting false sweetness, explains Jonah Lehrer in this post at The Frontal Cortex.

And Seed magazine breaks out the bubbly in several good articles in celebration of Darwin’s 200th birthday.

Ever wonder what sorts of mental strategies top athletes use? BPS research reports on a few here.

Procrastination is “all in the construal”–abstract or concrete–says Psyblog in this interesting post.

My Mind on Books keeps the terrific book picks coming with mention of The Empathy Gap (keep an eye out for an interview with its author, J.D. Trout, coming soon to Neuronarrative)

Why do pharmaceutical companies spend so much money marketing to med students?  Because it works, reports Dr. Shock in this provocative post

Ars Psychiatrica is truly a pleasure to read — take this post on realism, and while you’re there browse among many worthwhile others

If you missed science writer Jonah Lehrer of The Frontal Cortex on the Colbert Report, you can check it out here

Seth Godin asks “what are you good at” … the process or the content?–in this post

And Neurophilosophy tells us that single neurons may function as the RAM of our brains, right here