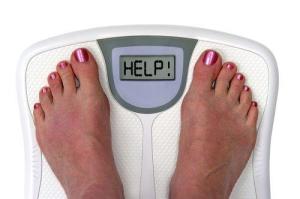 Several of the most popular weight loss programs operate on the public commitment principle. Individuals are challenged to state “publicly” (which may simply mean in front of a small weight loss group) that they want to lose so much weight in a given time period. The commitment hinges on social pressure working against the possibility of failure.  If someone doesn’t succeed, or at least make substantial progress toward the goal, everyone will know it.

On the face of it, this principle seems sound, since no one wants to be publicly embarrassed or viewed as a hypocrite. In practice, however, there’s a hitch. For the public commitment principle to operate at full steam, its adherents must genuinely fear the disapproval of others—and that’s simply not true of everyone.

Those in the long-term group wrote their names and weight loss goals on  index cards that were publicly displayed in the fitness center for the full 16 weeks of the program. Those in the short-term group did the same, but the cards were displayed for only the first three weeks.  Those in the no public commitment group did not fill out cards.

The effect of SNI level was also evident.  Subjects in the long-term group that tested as having low SNI—in other words, low susceptibility to social pressure—achieved an average of 90% of their weight loss goals.  In contrast, individuals who tested as having high SNI exceeded their weight loss goals by a significant margin: an average of nearly 105%.

What this study tells us is that in general the public commitment principle produces results, especially if the commitment is long-term.  But, in the mix of people who make the commitment, those who genuinely fear social disapproval—not a personality trait usually given very high marks–will likely succeed the most. Those who couldn’t care less what others think are, ironically, more likely to come up short.